With the opening of the new South Chickamauga Creek Greenway (map), Chattanooga has moved one step closer to realizing a continuous trail system in Chattanooga that will ultimately run for 20 miles throughout the city. 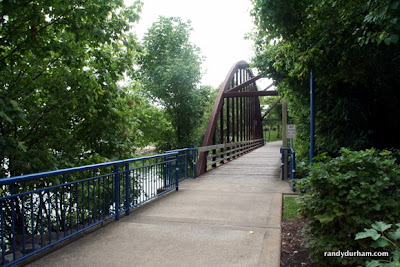 More details about the plan were discussed at nooga.com yesterday:


The Chattanooga Greenway Master Plan was developed in 1994, sometime after the Tennessee Riverpark and Riverwalk projects were already underway, Wood said. Though they are separate projects, the goal is to continue building riverwalks and greenways to create a network for recreational opportunities and protect the environment. The trails also provide alternative transportation, Wood said.

The Hamilton County Commission last week signed off on a $1.4 million design contract for the Riverwalk expansion that will begin at Ross's Landing Park, following the Tennessee River along Riverside Drive, behind Alstom, on to St. Elmo, connecting the Guild Trail and Hardy Trail, Engineer Todd Leamon said.

Chattanooga already has quite a few miles of trails already in place. For more more information about hiking and other area adventures, see Outdoor Chattanooga.
Posted by Unknown at 2:28 PM

Each Keller Williams office is independently owned and operated